Beyond the Ides Why March is the Unluckiest Month of All

WARNING: Reading This Book May Freak You Out!

What do Martin Luther King, Jr., Abraham Lincoln, and Ronald Reagan all have in common? HINT: They share the same fateful phenomenon that afflicted the Titanic, the Deepwater Horizon, Japan’s Fukushima Daiichi Nuclear Facility, the Exxon Valdez and so many more.

They all fell victim to sudden, sick twists of epic bad luck during the third month of the year, sending them spinning off into catastrophic disaster — proof that March is, and always has been, the unluckiest month of all.

Just ask Julius Caesar. From assassinations that changed the course of human history and bizarre celebrity deaths to uncanny disasters that should have been avoided, “Beyondthe Ides” is chock full of March mayhem, murders and massive nuclear meltdowns.

Remember the Alamo? How about Pearl Harbor? The mass killings at Jamestown and My Lai? The list doesn’t stop there. From the Boston Massacre to the meltdown at Three Mile Island, the New York Draft Riots to Rodney King and the days Los Angeles burned, “Beyond the Ides” breathes new life into the ancient superstitions surrounding the month that comes roaring in like a lion.

But don’t take my word for it. Read this book and be among the growing number who know to beware the ides of March. 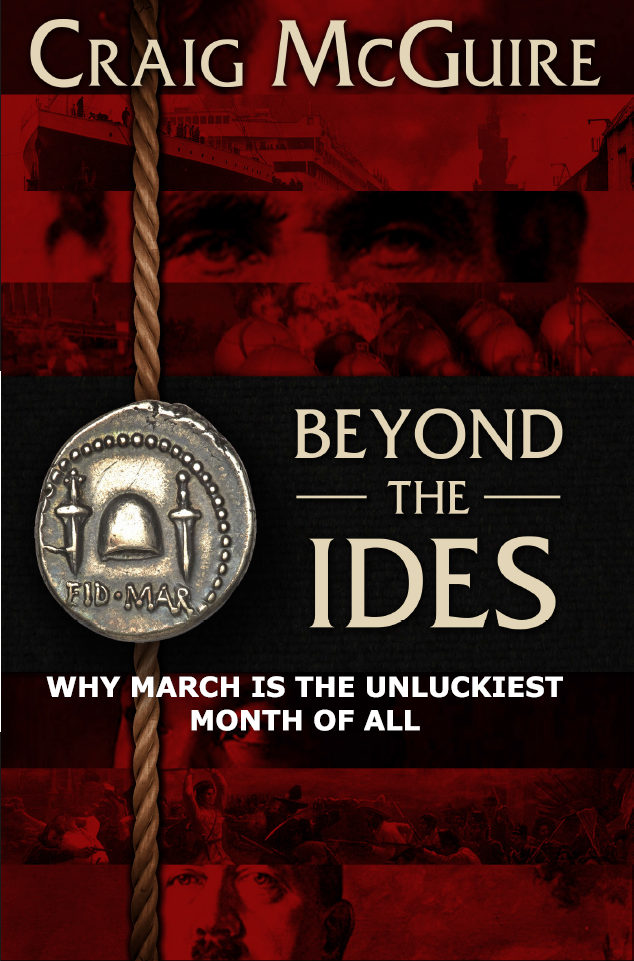